Please fill in information below and we will be in touch shortly.

Why Not China? The Case for Domestic Reshoring 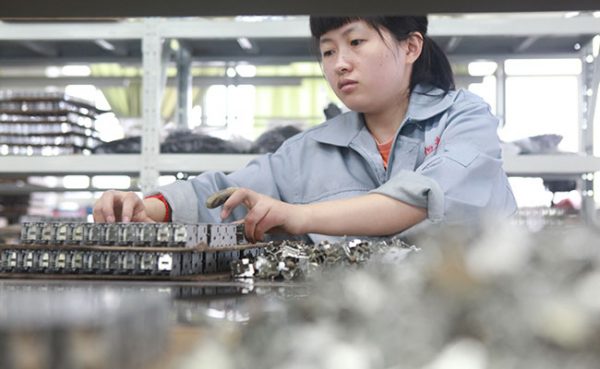 As many influences such as cheap labor, communication technology enhancements, and global distribution attracted domestic original equipment manufacturers (OEMs) to shift contract manufacturing operations to China in the late 1990s, many fluent conditions are causing many manufacturers to reconsider these decisions and reshore their electronics contract manufacturing strategies. OEMs such as Apple, Ericsson/Sony, and Cisco will most likely continue mass production with top-tier Chinese electronic manufacturing services (EMS) providers such as Foxconn, Celestica, or the New Kinpo Group for the foreseeable future. However, pre-production and lower volume activity where designs are less mature, developmental, or less technically stable are becoming more domestically attractive for a variety of reasons. The top motivators influencing this reshoring effort are rising Chinese wages, cost of quality, consumer flexibility and lead time demands, and cultural and political soft costs.

Hidden costs are constituted in the Total Cost of Ownership (TCO) such as shifting currency rates, duties, transportation insurance and delays, inventory holds, and taxes displacing labor cost saving perceptions. Recent political events have indicated a more nationalistic domestic attitude and the notion of “Made in America” is once again gaining marketable traction. This trend should continue as long as quality is comparable or exceeds Far Eastern sources.

Even though Chinese wages remain relatively low, they still continue a steady climb and according to Collins (2016), American and Chinese wages are not only reaching parity but have become comparable in some regions United States regions. Since 2000, Chinese wages have risen 300 percent (Robinson, 2016) and according to The Economist, Hal Sirkin, a Boston Marketing Group consultant states:

“Our analysis concludes that, within five years, the total cost of production for many products will be only about 10 to 15 percent less in Chinese coastal cities than in some parts of the U.S. where factories are likely to be built. Factor in shipping, inventory costs, and other considerations, and – for many goods destined for the North American market – the cost gap between sourcing in China and manufacturing in the U.S. will be minimal” (p. 5).

Many cost accountants argue the low quality performance of Chinese EMS providers is offset by the increased financial margin. However, effective and aligned organizational strategies understand that cost is only one component of a value framework. Brand recognition (and association), reputation, and market segment retention are all potential poor quality victims. While domestic organizations may save 10% to the bottom line through Chinese EMS providers on the front end, they often must invest an additional 15% on the back end to compensate for material pricing pass-alongs, delays, engineering redesign, material substitutions, nonconformances, and opportunistic loss. Competition and consumer pressures of preproduction and low volume markets cannot sustain the negative impacts of these inadequacies.

Even though China is considered as having the most responsive, price sensitive component supply chain in the world, it also has the most notorious global counterfeit component reputation. Chinese counterfeiting sophistication continues advancing and component reclamation has moved from sporadic cottage industries to large-scale operations. Without an effective counterfeit detection, screening, and elimination program, certain industries have faced litigious nightmares due to fatal immediate and latent catastrophic results.

Specific preproduction and low volume markets often require fast responsiveness and a stream-lined supply chain. Without the maturity of a well-established design or large volumes, this market is susceptible to rapid engineering change notices, dynamic demand and delivery schedules, and inventory sensitivity. Manufacturing in China is not conducive to establishing a professional relationship between the OEM and EMS that is often critical for success. The detachment of distance and language isolate domestic OEMs facing intense demand pressure for quick resolutions in the event of scheduling changes. Contractual default and delivery fines can also have a devastating bottom line effect.

Quick turns and time to market sensitivity is crucial in preproduction and low volume contract manufacturing. In the current and growing climate of instantaneous customer satisfaction, reshoring enables quicker responsiveness and moves product closer to domestic end-users. When a customer’s customer demands immediate answers and action, appreciable market share may already be lost by the time scheduling conflicts have been resolved.

Hidden costs lurk everywhere. The cultural, political, and legal costs associated with doing business in China are not easy to calculate or forecast. Even though communication technology has advanced, some challenges cannot be resolved without face to face interaction and the resulting ROI must outweigh those associated travel expenses. Energy and raw material cost fluctuation, supply chain disruptions, nebulous regulatory laws, intellectual property pirating, and the need for communication with a source on the other side of the world in another language are all significant barriers and represent unplannable costs of doing business. Quite often, there is little legislative or judicial recourse for financial recapture after losses have already occurred.

While once appealing conditions may have justified Chinese EMS providers for large scale electronics manufacturing, economic, political, and technical conditions are making a case for increasing reshoring production back to the United States. If financial trends continue, manufacturing in certain electronic market niches will make the United States more competitive than Chinese counterparts.

Phil is currently the Quality Assurance Director for Quality Manufacturing Services, Inc. and has been a manufacturing quality assurance executive for 30 years with extensive experience in military power management systems, electronic manufacturing services, and quality systems applications. Receiving a BA in English from Stetson University and an MBA in Organizational Leadership from Norwich University, he is a published author and often consulted for electronic systems manufacturing development guidance. His extensive knowledge offers unique insights into industry trends, manufacturing advancements, and the continuing role of quality assurance evolution relative to technological progression. 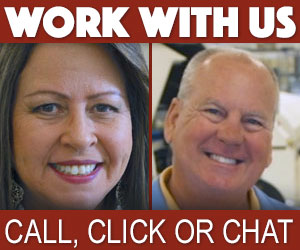 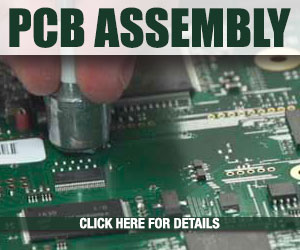